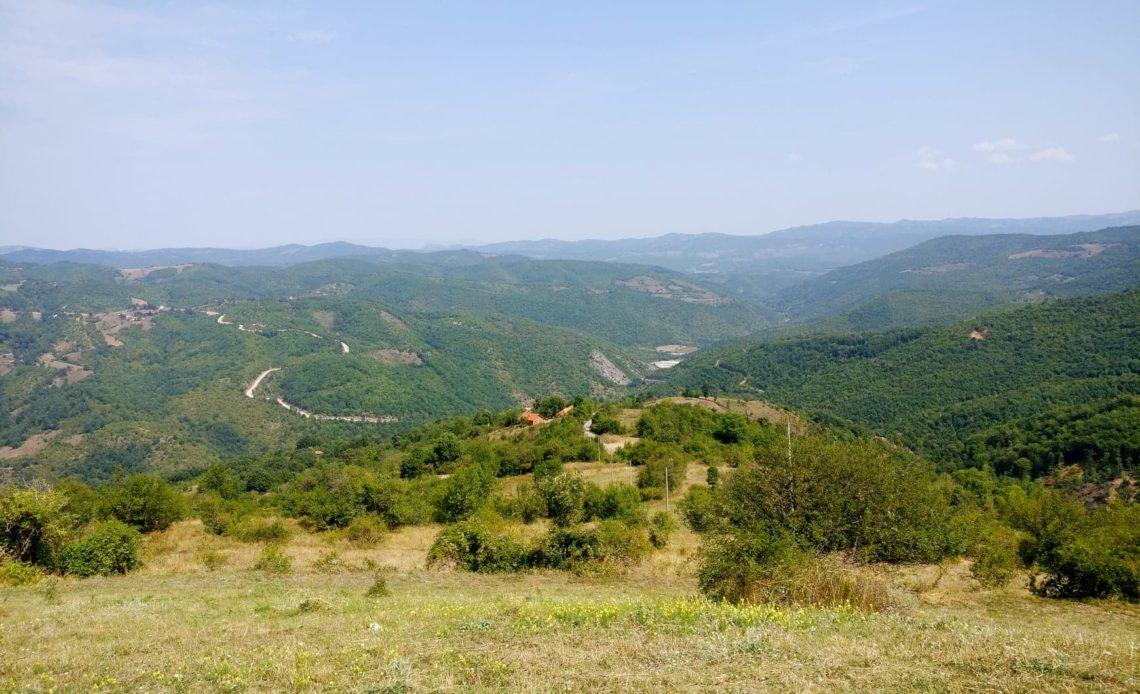 The Kosovo Philharmonic Orchestra and Choir brings together musicians and singers from different communities in Kosovo. They are aware of their diversity, but they do not wish to use it as an argument for communication or for attracting European funds, as their inter-religious character is really reflecting their society and not a facade project. However, at each performance, the families and friends of the artists meet in a concert hall or a place of worship, and this sharing of common moments has made it possible to create real inter-community links in their surroundings.

The choir notably sings pieces from different religious traditions, and has even created a piece mixing Orthodox, Catholic, Jewish and Adhan songs (a call to Muslim prayer). It sometimes performs in different places of worship, both to take advantage of their particular acoustics and to convey a strong message: artists, unlike politicians, have the ability to create a link between communities.

Some of the orchestra’s musicians are also members of the Balkan Chamber Orchestra, founded by Japanese conductor Toshio Yanagisawa, which brings together participants from all the countries and communities of the Balkans. They include Serbs and Albanians, who have performed in several symbolic places in Kosovo, including Mitrovica, the largest predominantly Serb city in the country.

The United Nations Mission in Kosovo promotes young people as key actors in peace-building. The organization created the first United Nations Youth Assembly, composed of young people from all communities in Kosovo, which proposed 50 recommendations for peace, including: representation of young people with mixed gender and community backgrounds in local and municipal decision-making bodies, the creation of a platform for sharing positive stories of cooperation between young people from different ethnic groups, the establishment of free courses to enable young people to master all of Kosovo’s languages, and training to counter the effects of propaganda and hate speech. The implementation of these recommendations is now being led by 24 young leaders in the country.

The UNMIK youth office also organizes a number of activities bringing together young people from different communities, in conjunction with local organizations. For example, they set up a tour of Kosovo with 25 participants, who travelled together to the territories occupied by Serbs, Albanians, Gorani or Roma to learn more about their different local realities and to enable a real intercultural exchange.

United Youth Task Force was born out of the willingness of some of the young people who participated in the first United Nations Youth Assembly in Kosovo to ensure the implementation of the recommendations made by the participants. For the past two years, the organization has been bringing together young people from different communities in the country to organize regular events that allow them to create links and promote inter-religious and intercultural exchanges. The organization is divided into three branches: « media and cooperation », « diversity » and « education ». All the activities are organised by young people under 35 years of age, and must bring together at least two different ethnic groups or religions. Regularly, they share traditional religious festivals and celebrations, and invite each other into their respective families to do so.

This year, the United Youth Task Force organized a photo contest « My Kosovo in one shot », in which participants were asked to submit a picture of their daily life. Those who were selected could participate in a photography course to improve their technique, and then had the opportunity to take their picture again after these tips. The pictures were sold for the benefit of their respective communities. The organization also created the « Kosovo Youth Fest », a festival that brought together young people in traditional community dress, food, music and art to break down barriers and overcome prejudice. The « Under One Sky » evening allowed young people from different communities to gather in Gracanica, a town with a Serbian majority, to take an astronomy course and observe the sun, planets and stars through a telescope. At the beginning of the school year, the United Youth Task Force will offer free Serbian language classes to its Albanian members, and Albanian language classes to its Serbian members, to enable them to communicate more directly.

The Regional Youth Cooperation Office (RYCO) was created in 2016 following the signing of an agreement between the six prime ministers of Albania, Bosnia and Herzegovina, Kosovo, Montenegro, Northern Macedonia and Serbia. Inspired by the Franco-German Youth Office, RYCO funds projects that advance reconciliation and cooperation in the Balkans and offers youth exchange programmes. The Board of Directors is composed of 6 members of the governments of the founding countries and 6 young people, and each of its decisions must be taken by consensus. RYCO works with civil society associations and secondary schools to develop programmes on intercultural dialogue, memory and political influence of young people. For example, the Office supports Sport4Youth, a project that unites Albanian, Serbian, Ashkali, Bosnian, Turkish and Roma adolescents on the practice and values of sport.

Gaia works on ecological practices as a means of building social bonds. For the past two years, they have been meeting and partnering with permaculture projects to jointly sensitize youth from different communities to this practice. They also organized a bicycle tour of Kosovo for young people from all walks of life, who together visited the places in their countries most affected by climate change or ecological disasters.

The volunteers of the association, coming from all ethnic and religious backgrounds represented in Kosovo, also have the opportunity to get involved in education, especially for the children of the Roma community of Gracanica, who are in a very precarious situation. For the past three years, a centre has enabled young people and teenagers to come every day to learn mathematics, literature or English, and to open up to artistic practices such as music, theatre, photography or video editing.

Gaia also works in Mitrovica, Kosovo’s largest Kosovo Serb-majority city. They created a network with cultural and pedagogical associations in different parts of the city, which allows the organization of group events with different populations, especially Serbs and Albanians. The most recent activity, « Mitrovica, City of Diversity » was a fair organized with different stands of music, sewing, permaculture, woodworking, and bread cooking. There were danced artistic performances that looked back at the country’s recent past, the war, and invited participants to join the dancers to work on their vision of a common future.

The OSCE Human Rights Office in Kosovo works in particular on the protection of the rights of communities, the enhancement of cultural and religious heritage and the promotion of youth policies.

This year, the OSCE organized a camp bringing together young architecture students from different communities to help rebuild the cultural heritage of the village of Letnicë/Letnica in southern Kosovo. The students were divided into two teams: the first was responsible for restoring a 19th-century mill, while the second was responsible for interviewing the village’s inhabitants and gathering the necessary documentation to create a local tourism development plan based on the enhancement of cultural heritage.

The OSCE also accompanied the inhabitants of the village of Staro Gracko/Grackë e Vjetër in cleaning and rehabilitating their Orthodox cemetery. The village is predominantly Albanian, so the municipality claimed that it lacked the means to maintain the cemetery, which was falling into ruin. The OSCE financed the renovation of the cemetery, which was carried out by a group of both Serbian and Albanian villagers. The Albanian participants even came up with the idea of selling the old fence surrounding the cemetery to finance the renovation of the deteriorating graves. The collaboration of Serbian and Albanian citizens, Orthodox and Muslim, around this project has considerably improved the links between the communities in the village. The project has since been replicated in other municipalities in Kosovo.

The Kosovo Women’s Network promotes the rights of women in Kosovo without ethnic, political, religious, sexual orientation or educational barriers. The network brings together more than 140 member organisations and partners around different feminist demands related to the fight against sexual violence, the presence of women in political decision-making bodies, the right to health coverage for women or the strengthening of their economic capacities. The member organizations are from different regions of Kosovo, and all ethnic groups of the country are represented. The Kosovo Women’s Network enables its members to exchange good practices, and also engages in research and political advocacy to advance knowledge of discrimination experienced by women. The network accompanies the freedom of speech movement that started last year in Kosovo to denounce the sexual violence suffered by women from all communities during the last war.

The monastery of Draganac is one of the most emblematic places for the Serbian Orthodox community. Most of the monks living there experienced the war in Kosovo in the 1990s, and some helped to hide and protect any citizen who asked for help, including Albanian Muslims pursued by Serbs. Today, the community has learned the Albanian language and is respected by a large majority of the population.